Orthodontics itself is a dental specialty that studies, prevents and corrects developmental changes, as well as the dental arches and the position of the jaws. With this in Murcia Orthodontics we can restore the morphological and functional balance of the mouth and face, also improving the dental and facial aesthetics.

If you are wondering what dental orthodontics is, it faces problems that go far beyond the individual and detailed placement of the dental pieces. It faces, on the contrary, the correction of alterations of the jaws, face and functional mastication disorders especially.

In our therapeutic arsenal, we no longer only have metal brackets and the same color as our teeth, ceramic brackets. Now mini-implants or self-ligating brackets have also appeared. But especially Murcia invisible orthodontics, such as the Invisalign and Clear Aligner removable splint systems that we offer in our Dental Clinic.

This makes the orthodontic treatment more and more comfortable and comfortable. We managed to solve the main handicaps for the patient, such as aesthetic problems, difficulty for a correct dental hygiene, discomfort in the lips and cheeks by rubbing the brackets.

Orthodontic treatments can be of 2 types, interceptive or corrective. The former try to avoid major alterations, while the latter reach definitive results.

It usually starts and ends during temporary or mixed dentition. They do not rule out the possibility of a later correction, since its purpose is not to position the teeth. This type of orthodontic treatment is usually used to correct abnormal habits such as thumb sucking. This can interfere with the regular growth pattern of the face and jaws.

Orthodontic interceptive treatments are aimed at correcting any incipient changes in the growth pattern of the face. If you do not take some kind of measures you can worsen the malocclusion as the patient’s face develops.

It will be the orthodontist who will determine exactly the complexity of the situation.

When the interceptive treatment has not been performed or has been sufficient due to the nature of the malocclusion, corrective orthodontic treatment is necessary. This kind of treatment is aimed at correcting that consolidated malocclusion.

For these treatments, mainly 3 types of devices are used: 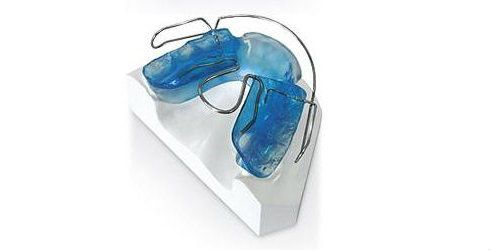 They only make functional modifications that will later lead to structural changes. This class of devices have their most accurate indication during temporary dentition or mixed dentition. Your goal is not to move or align your teeth.

Its function is to create favorable conditions so that by varying the function of the muscles of the face, a more favorable environment for a good development of the jaws is created. In Orthodontics Murcia we manage to optimize its growth potential and optimal positioning with each other.

In certain situations, the collaboration of a speech therapist is needed to reeducate basic functions such as breathing. The use of this device requires a great collaboration on the part of the patient, who must wear them as long as the orthodontist indicates. Generally it will only be for sleeping.

The success of these devices is in the correctness of its diagnostic indication and in the constancy of its use.

Are those that can be removed by the patient for cleaning. When they are used, they are subject to the teeth mainly. With this, controlled pressures can be applied on the teeth that you wish to move. All this through the action of active mechanical elements such as screws, bows, springs, etc.

These forces are artificial or mechanical. They act directly by moving the teeth, having nothing in common with the forces created by the action of the muscles. These participate in the functions of chewing, swallowing, phonation and other.

These orthodontic appliances are commonly known as plates and are very useful for the expansion of the jaws, especially the upper one. Especially for the correction of cross bites and slight crowding, when expansion is indicated. It has advantages but also great limitations.

Do not think of them as an alternative to appliances such as metal brackets or ceramic brackets. But they do have a place in the appliances of the orthodontist, who is the one who best knows how to use them when and how appropriate.

The most common are the passive, active dental support devices and orthodontic appliances supported on the tissues.

The fixed appliances are superior to the removable ones if we take into account the needs created by the diagnosis and the possibilities of modern orthodontic treatment. We could call them as “first division” in Orthodontic Apparatology.

They are the only ones that well used, can perform all kinds of movements, such as straightening and torsion, corporal or mass, rotations and others. The added use of the extraoral devices, provides orthopedic correction components, in the strictest sense of the word.

To get accurate results, you need the precise placement of cemented bands and brackets on each tooth. It also requires a series of sophisticated arcs to achieve the displacements that may take place. All this in accordance with the elaborated treatment plan.

Fixed orthodontic appliances Murcia have the ability to move individually to all teeth in any direction of space. This does not happen with the other devices.

Apart from this excellent treatment, at Murcia Dentists we also offer these services to all our patients:

Dental esthetics before and after
What is dental periodontics?
Endodontic Treatment in Murcia
Take care of your teeth while you are pregnant
Bruxism causes and consequences
Oral and maxillofacial surgery
What is sports dentistry?